The Johnny-Five team has begun work on a method of controlling previously incompatible components. Inspired by Adafruit, Johnny-Five backpacks are AVRs that we communicate with over I2C, opening up a whole new world of JavaScript-controlled electronics. Historically, certain protocols like SPI and software serial have been unavailable to Johnny-Five, which meant we couldn't support some really awesome components like addressable LED strips, ping sensors, and IR receivers.

Backpacks are programmed with a--typically very small--C++ firmware, with an I2C layer that Johnny-Five can use to send and receive commands and data. Backpacks are typically an Arduino Pro Mini or Nano, which can be purchased for as little as $2.

For a more detailed introduction to Johnny-Five backpacks, plus an awesome NeoPixel demo, follow this link.

To see the backpacks currently supported, check out: 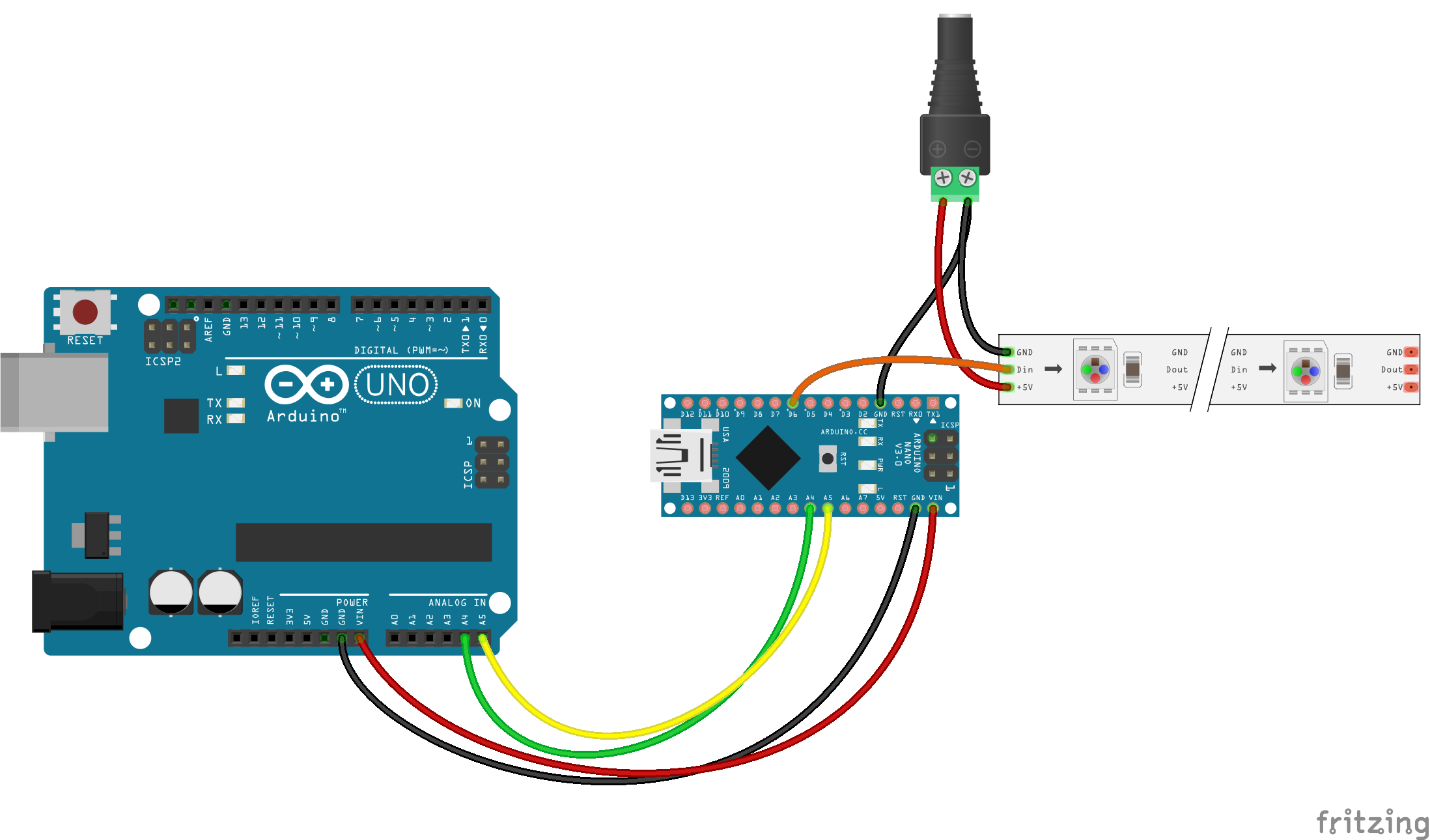