The team is pleased to announce support for three new hardware platforms: 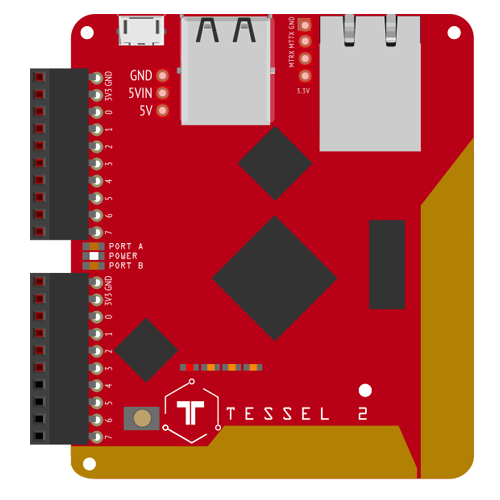 The Tessel 2 is a complete hardware and software overhaul from the Tessel 1, featuring a 580MHz Mediatek MT7620n SoC running OpenWrt Linux, with the io.js runtime, in conjunction with an 48MHz ARM Cortex M0 microcontroller (Atmel SAMD21). For more information, take a look at their hardware overview announcement.

The Tessel-IO module is still in development, so early test reports are wanted! Using the module is just like any other IO-Plugin:

Once you're ready to test:

(Subject to change as development continues)

Check out the Tessel-IO README for installation and setup details, as well as board and per-pin capability information. 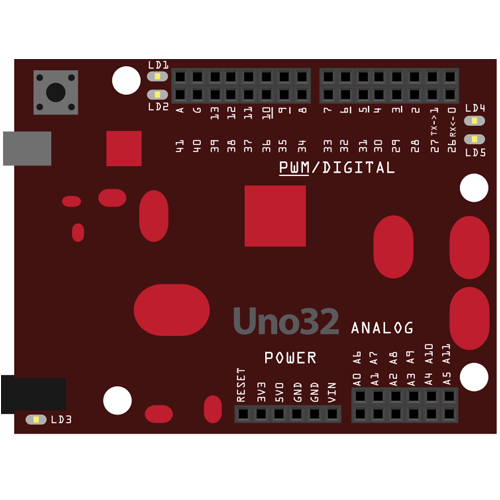 This chipKit Uno32 was the highlight of this year's International Nodebots Day at HeatSync Labs in Mesa, AZ! Compatible with the Arduino Uno, simply flash StandardFirmata to the board via Arduino IDE and it's ready to go! (Note: digital pins 26-41 and analog pins A6-A11 are presently not supported, pending a pin definition update in StandardFirmata's Boards.h). 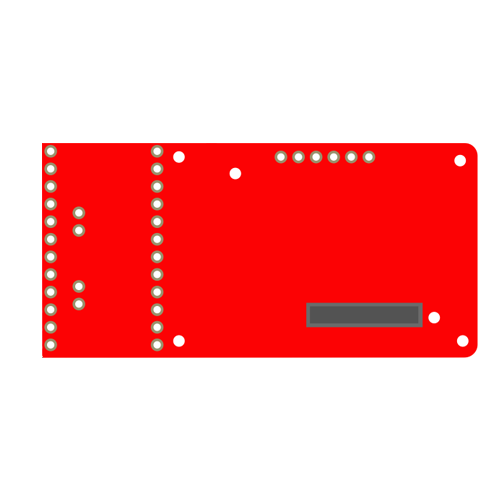 The SparkFun Edison Arduino Block is an interesting addition to Johnny-Five's Intel Edison supported variants. This "block" doesn't take advantage of the native bindings provided by Galileo-IO; instead, it connects via Serial/Uart to an Atmega328P chip, which is flashed with StandardFirmata! Checkout the tutorial at SparkFun Blocks for Intel® Edison - Arduino Block for help getting started.

As with all Intel Edison variants, your program will run directly on the board itself. The only difference is that instead of requiring the Galileo-IO plugin, you'll simply specify the serialport path: